Don Zacarias Sahagun and Don Melecio Fule founded the Laguna Academy in 1923 to provide secondary schooling to the people of San Pablo City and its neighboring towns.

The Laguna Academy, considered the largest provincial private secondary institution in Luzon up to the outbreak of the recent war, was established as a solution to one of the pressing educational problems of the times. In 1923, Don Zacarias Sahagun, seeing the increasing number of poor but ambitious youth of the then town of San Pablo and its vicinities who could not pursue secondary education in the provincial public high school for economic reasons, was moved to action. He conferred with his friend, the late Don Melecio Fule. They pooled their efforts and created the Laguna Academy. The academy began with 16 students and reached an enrollment of 1,500 in 1941.

Upon the death of the first two presidents of the board of trustees and co-founders of the institution, Don Melecio Fule and Don Zacarias Sahagun (a municipal president of San Pablo who was responsible for the opening of a town government hospital), one of the academy’s alumni in the person of Dr. Nicasio B. Sahagun, physician and educator, took the reins of the school administration in 1938. He and Mr. Alfredo Evangelista, treasurer of the institution, with the moral and material support of the other members of the board exerted much effort in the establishment of a junior normal college, bringing opportunities for higher education nearer the door of every home in San Pablo and the neighboring provinces. The war of 1941, however, forced the closing of the Laguna Academy and it remained closed during the years of the Japanese occupation.

With the liberation of the city of San Pablo in 1945, the academy resumed its educational mission. Amid tremendous handicap, for the institution had all its equipment and facilities damaged and its buildings destroyed during the war, the board of trustees reopened the institution. Under its new name, Laguna College, it offers kindergarten, elementary, special science curriculum and RBEC-based high school, college, and graduate school courses which, together, make up a student population of several thousands.

In 1996, it was granted Accreditation Status (Level II) for its courses in liberal arts, education, and commerce by the Philippine Association of Colleges and Universities – Commission on Accreditation (PACU-COA). It was re-accredited Level II in 2005. 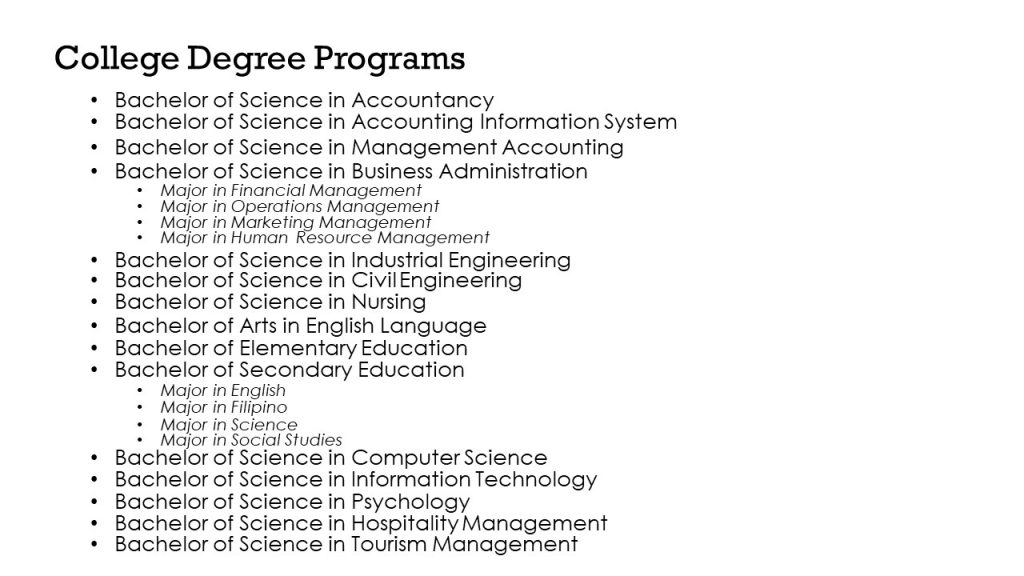 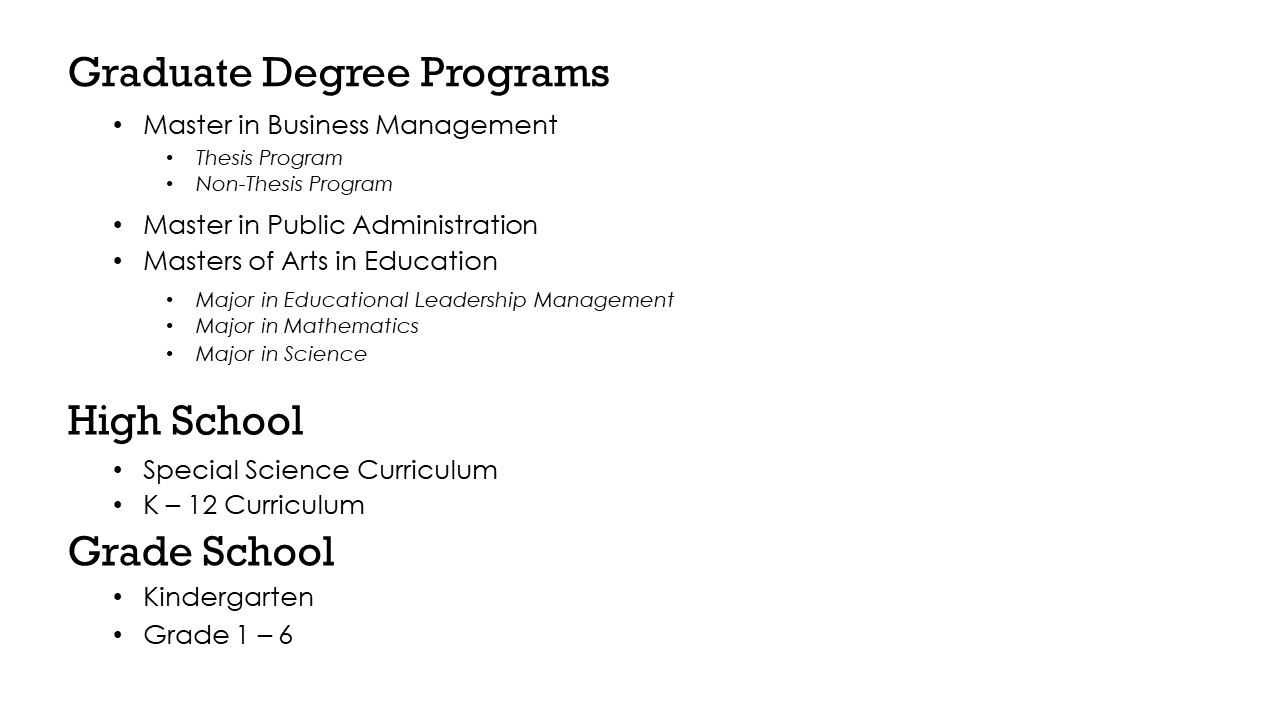